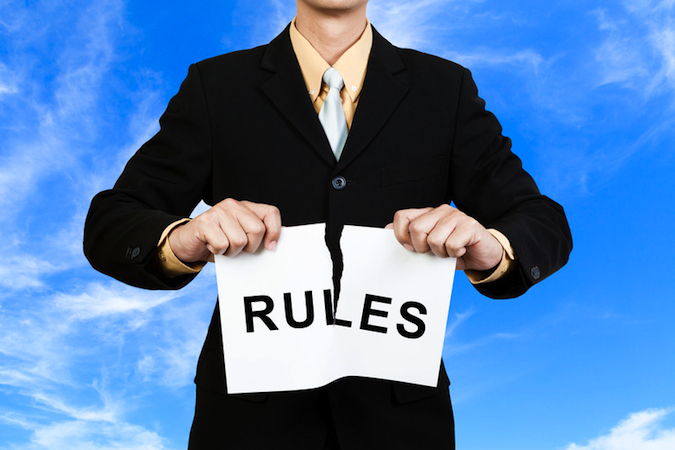 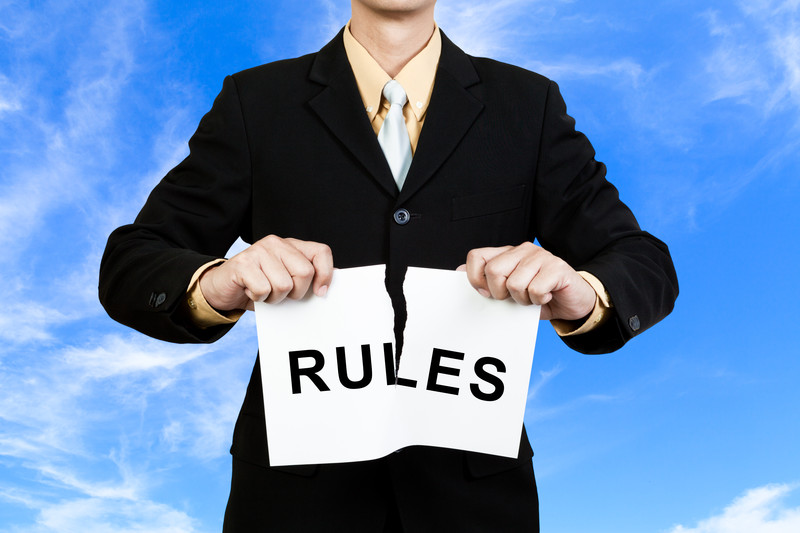 Sometimes top County officials buy stolen County iphones.  And sometimes, after they get caught with the iphones and the scapegoat has gone off to jail, they take County issued credit cards and pay for personal items and entertainment and … well, they get caught again.

Monroe County issues Purchasing Cards [P-Cards] to its top officials.  County Commissioners have them. County Administrator, Roman Gastesi has had 6 of them, sometimes three at a time with a total of $ 75,000 in credit capacity per month.  He also has a tendency to lose them.

This week we got our hands on a 730-page audit of County employees’ P-Card usage.  Of the five County Commissioners, only Sylvia Murphy and Danny Kolhage came out squeaky clean.  Gastesi and all of the other Commissioners are listed multiple times as having used their P-Cards for disallowed personal expenses ranging from entertainment, dinners, rental cars, bar tabs, to hotel rooms…

Is this becoming a theme in Mr. Gastesi’s administration?  It was only a little over a year ago that a Grand Jury was convened to decide whether or not to bring a criminal indictment against Gastesi, Monroe County’s chief executive, in the sordid affair of stolen iphones and ipads.

Those items had been sold, mostly for cash, by Lisa Druckemiller, a 31-year employee who headed the Technical Services Department.  Druckemiller was subsequently convicted of grand theft and dealing in stolen property.  She‘s still in prison finishing her 18-month sentence.  Her defense however rattled the County. Gastesi, she claimed, made her do it.

Druckemiller said it all started with Gastesi throwing two one-hundred dollar bills on her desk and ordering her to get him two County iphones for his sons. She pointed out that Gastesi was the first buyer, that he bought more of those iphones and ipads than anyone else, and that certainly he was well aware that the County’s policies made the transactions illegal.

The Grand Jurors however were torn by the fact that they were unable to obtain phone records that would verify whether Gastesi was indeed the first purchaser of stolen iphones, which would have lent credence to Druckemiller’s claim that “he started it.” Consequently, the Grand Jury concluded it could not recommend indictment.

However, they found that the County Administrator had fostered a “culture of entitlement” and recommended that Gastesi,, who they said, as the top administrator should have been the shining example of probity for County employees, should be fired.

It should be noted that attorney Robert Cintron, who defended Druckemiller “the thief,” later managed to get AT&T’s phone records. He told The Blue Paper, they clearly show that indeed the first stolen iphone had been sold to Gastesi.

There was an emotional County Commission meeting where Gastesi shed tears pleading for his job and the Commissioners [one had purchased a stolen iphone herself] took the controversial decision not to fire Gastesi, but rather to put him on notice that “any further incidents of this nature or others causing disrepute to the County will not be tolerated.”

So here we are a year later: same people, same situation.  Gastesi and some Commissioners are again caught violating policy and misusing County property. This time it’s P-cards.  But there’s a difference.  This time nobody heard about it.  The whole thing flew under the radar.

Let’s look at just how the Commission does “not tolerate any further incidents”.  Well, apparently they’ve chosen to simply ignore the P-Card issue.  The Clerk of Court, Amy Heavilin, released the Purchasing Card Audit on July 7, 2014, sending a copy to each Commissioner.  During the audit, the Clerk asked Gastesi to answer a number of questions.  He responded much like a lawyer [he answered 50% of the questions with “N/A”] and the auditor noted, “documentation in the files directly contradicts the County Administrator’s response.” In other words, he lied.

From the Clerk’s audit report:

It is in fact unclear as to what extent County Commissioners took action in response to the audit.  The only reference we’ve found so far is an item on the July 16th agenda about amending the County’s Purchasing Card Policy.  The agenda item was placed on the ‘Bulk Approval’ list, which means that it’s meant to be passed without discussion.  The agenda item and back-up documents made no mention of the Clerk’s audit and the audit itself was not attached as an exhibit.

Interestingly enough, if you review the audit report, the names of the Cardholders involved are not identified on the list of disallowed expenditures.  Instead Cardholders in violation are referenced by the P-Card number. Only after digging deeper into the supporting documents can the audit be decoded into names such as:  Commissioners Neugent, Rice, and Carruthers, and County Administrator Roman Gastesi.

State of Florida guidelines and the County’s policy regarding P-Cards both state that misuse of P-Cards may result in disciplinary action up to and including termination and prosecution.

Certain officials, like Monroe County Growth Management Director Christine Hurley, who is authorized for up to $ 10,000 worth of purchases per month, were not cited in the Clerk’s audit for personal use of a P-Card, so apparently it can be done.

The entire affair does resemble the iphone scandal in some ways.  The same administrator, perhaps only as a result of sloppiness, is again projecting the impression of a general attitude of “laisser faire.”  What the Grand Jury called a “culture of entitlement.”  It’s as though he’s saying, ‘I can use the P-Card wherever and whenever.  I am the King.’  If you catch any mistakes, then when I have a minute, I’ll reimburse the County.”  Maybe that’s all it is, and it’s just not a great example to give your subordinates; but maybe there’s more to it.  There are 700 pages including attachments in this audit alone.  We’ll let you know what else we find.

County Commissioner Heather Carruthers was unhappy with our preview of this article on US 1 Radio yesterday morning.  The following is an email from the Commissioner followed by a portion of the County Clerk and Comptroller’s report that speaks, in part, to the Commissioner’s explanation of this issue.

I listened to your spiel on US1 this morning and I must say that any idea I may have had about your journalistic integrity has been erased. Your insinuation that these clerical errors are some kind of “scheme” is irresponsible and slanderous. Perhaps you should have thoroughly read the report and interviewed me and my colleagues before throwing around your accusations — less than a day after you stated you received the 700-page audit report. Incidentally, the report has been posted on the Clerk’s website for review since July.

Let me explain how these mistakes were made. When I check into a hotel for County business, I provide the PCard for my accommodations only. I provide my personal credit card for all “incidentals” such as food and, yes, maybe an in-room movie. I usually get two receipts at the end of my stay, one for the PCard (accommodations) and one for my personal card for incidentals. Often these bills are slipped under my door and I slip them into my folder on my way out, without wasting time at the front desk to officially check out. Once in a while, THE HOTEL MAKES A MISTAKE and puts all of the expenses on one card or the other. As soon as I learn that an expense has been incorrectly attributed to the PCard, I write a personal check to cover that expense.

In the case of the car rental, I made a reservation online for a vacation. I have an Avis “Wizard” number that I use whether traveling for personal reasons or on County business so that I can get the best rate.  Apparently Avis has more than one of my credit cards on file associated with that Wizard number. Their system automatically accessed the last card that was used, which was the PCard for a County business trip. This was a MISTAKE OF THE RENTAL CARD COMPANY and as soon as I realized it, I wrote a check to the PCard.

All of the errors cited in the report except one were found, corrected and paid for before they reached the Clerk’s office for processing, and the one that was not was originally missed by the Clerk’s office as well. In fact, because the County originally found these problems, the County requested the audit as a way to improve our procedures, which we have done.

There is no scheme to defraud the County. There is no “story” here. You will note from the report that the total amount of inconsistencies over three years is about $1,360, and ALL of it has been reimbursed. I dare say that the Clerk spent more than $1,360 in taxpayer dollars preparing this report.

Feel free to print this email in your paper but, if you do so, please print it in its entirety.

From the Clerk of Court’s Audit Report:

“Payments to the P-card vendor are made electronically.  It is not an appropriate use of County resources for Finance Staff to be the personal accountants for the Cardholder’s who routinely violate the County’s policy.  Those Cardholder’s need to expend their own efforts and resource to immediately remedy improper charges at the time they occur NOT at the end of the monthly billing cycle.”

“Documentation in the files directly contradicts the County Administrator’s Response.

All items on Finding B’s Table on page 11 are outstanding unless otherwise noted. All items that have been paid/reimbursed/resolved are noted as such and said resolution occurred after the Draft Audit Report.

As of the date of the County Administrator’s response, there are still two (2) Cardholders who owe funds to the County for personal item charges outstanding since September 2012.” 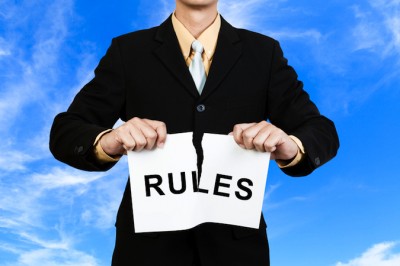