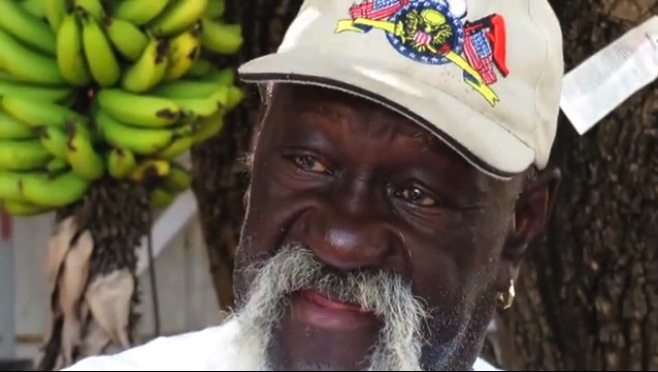 “He had gray shoes.  That’s the only thing I could tell about him because he had a hood on his head and a noose around his neck.  When I saw what was going to happen, I almost fell off the tree.  I jumped, sorry I had even wanted to know what was happening on the other side of that wall, and I ran.  I ran home as fast as I could.”

For years now, sitting in his yard at the corner of Petronia and Chapman Lane, ‘Old Man Chapman’ has been telling the stories of a far side of Key West that few can remember.

“It was right over there, where the post office is,” says Chapman,  “There were no police or justice of the peace. They were lynching a negro. That’s the way it was in those days.”

Now that Chapman’s funky world of lighted tricycle, banana bunches and crowing chickens is being squeezed out by bank foreclosure, his stories seem more precious than ever.

As we reported previously, Mr. Chapman, who never learned how to read, was apparently swindled out of his family’s home when he signed documents that allowed businessman Norman Moodie to borrow $ 588,000 on his house.  The bank has now foreclosed on the house. All the ‘grace periods’ have expired.  Mr. Chapman and his family and all their belongings can be literally put out on the street by the Monroe County Sheriff any day now.  Where will they go?

“It is all in the hands of God,” says Chapman, who doesn’t belong to any particular church.  “The church is the people.  I will keep this house if God wants me to. I am too old to fight.”

About a month ago when we asked him what possessed him to put together his incredible lighted tricycle and cruise the streets as he does, he said he realized long ago that fighting was not the way, “When you fight you only manage to become what the bad people want you to be. A nigger.”

He says he loves to make people smile and to take photos with kids, “Sometimes people follow me like a dancing parade.  That’s all the reward I want in this world.” 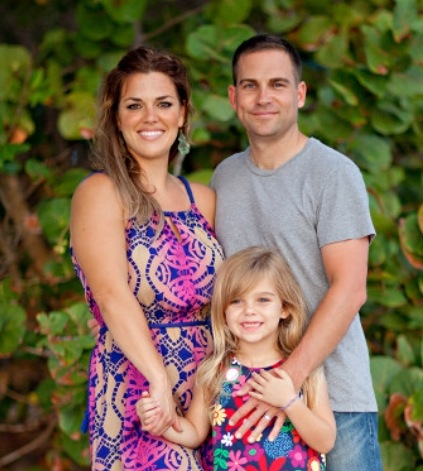 Apparently people have heard this message of love, and locals and tourists alike have responded with more support than anyone could have ever expected.  We are already over $ 10,000, after just two days,” says Robyn Whitehead, who along with her friend Stephanie Happ, started an online GoFundMe.com fundraiser for Mr. Chapman.

“I only knew him from seeing him riding his bike on Duval. But one day I introduced myself and ever since I have loved to listen to the stories of his life.  How his mother had him at 14, the shotgun wedding with his 65 year old father.  Everything.”

Robyn says she was shocked when she read what had happened to his home and she and her longtime friend Stephanie decided to set up the GoFundMe account and organize a fundraiser party at the Lazy Ghecko.

“The whole thing kind of exploded,” says Robyn.  I had no idea that so many people care so much about him.  Even visitors who only saw him once are chipping in.  I think we are going to reach our $ 30,000 goal in no time.” 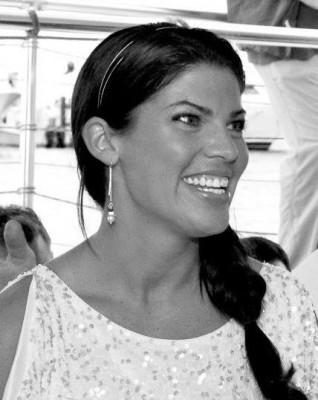 Robyn and Stephanie are seeking $ 30,000 in donations to pay for one year of rent at $ 2500/month for an apartment for Mr. Chapman, his wife, and their grandchildren.

Other events, including an after sundown lighted bicycle tour with Chapman and his famous tricycle at the lead are being organized as a showing of solidarity.

Chapman was initially very depressed when he finally had to admit that he had lost the house his father had built.  But now, when we read him all the messages of love and support and show him the quickly mounting collection fund, he says things are starting to make sense.  “This is a day that God has made.  I can’t thank everybody the way I want to,” he told us, “but you will do that for me.”

So, THANK YOU everybody!

For information about the fundraiser at Lazy Gecko and the lighted bike parade being organized for July 31st click here.

For information about the August 17th fundraiser planned for Cowboy Bills and Sea Dog Tavern and the bike parade sponsored by Eaton Bikes click here.

2 Responses to “Amazing Showing of Support For Old Man Chapman!”