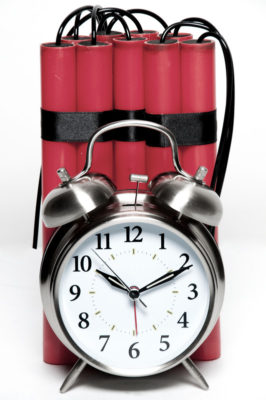 Commentary by Arnaud and Naja Girard…….

Contrary to popular belief, adding one or two “lock-outs” to your home and renting them to tourists without getting any separate building allocations was legal after all!

Developer, Pritam Singh, bless his soul, has shown us the way: He took 79 “permanent residential” building rights [called ROGOs] and transferred them to Oceanside Marina and, after adding 79 “lock-outs” and 17 hotel rooms, he’s now renting all 175 “units” to tourists. It could appear unlawful and it has upset a lot of people, but here’s the rub: The County Commission let him do it and they won’t dare shut it down.

God forbid others might want to take advantage of the “Pritam loophole.”  So, your government has a plan: They’re going to pretend that Mr. Singh’s “lock-outs” are legal.

But on Wednesday the County Commission will adopt a moratorium on “lock-outs.” It might be too little too late.  The Blue Paper has uncovered a time bomb hidden in the fine print of the County’s new Land Development Code which came into effect last week.

Let’s start at the beginning. And first of all, yes, you were right, that nauseous feeling, telling you that something is rotten about those so-called hotel room “lock-outs” was spot on. The County Code is crystal clear: “Lock-outs” [called “accessory structures”] —“shall not include second dwelling units or any other habitable structures that are occupied by a separate and independent resident.” A “lockout” is “to serve an existing principal use or principal structure ……contribute to the comfort, convenience or necessity of occupants of the principal structure…. ” In fact, it appears that under no circumstances, in Monroe County, can a “lock-out” [without a separate ROGO] lawfully double as a separate rental unit.

Developers have launched a campaign of disinformation. Consigliere to the powerful, Jim Hendrick, was quoted in the Key West Citizen last week claiming, “Lock-units have been allowed ‘up and down the Keys’ for years.”

However, when The Blue Paper asked the County for “an official response” as to the location of any such developments, other than Oceanside Marina, where separately rentable “lock-outs” have been permitted by the County in the past, they couldn’t site one. “Since I have been with the County” [6 years], wrote Director of Planning, Mayte Santamaria, in an email, “I cannot think of another development.”

And, if there was any doubt as to the legality of separately rentable “lock-outs,” in the late 1990’s, after battling the Florida Department of Community Affairs (DCA) over unlawful “lock-outs”, Monroe County signed a Memorandum of Understanding agreeing that when issuing permits for “lock-outs” [without requiring a ROGO allocation] “care should be applied to ensure that a guest house … is not created.”

Yet Mr. Singh was permitted, in December of 2013, to add 79 “lock-out” vacation rental units at his new “Ocean’s Edge Hotel” without the need for any additional ROGOs whatsoever. County Commissioners claim they were “hoodwinked,” that the right to rent the extra “lock-outs” to separate groups of vacationers was hidden in the fine print of the development agreement.

Were they? County records show that Planning Commissioners agonized for months over the project. But the deliberations were a painful mix of unanswered questions, dubious legal advice and, apparently, false testimony over the veracity of documents which did not exist or at least cannot be found.

In an October 30, 2013 video, Planning Commissioner Ron Miller, is heard saying, “In my mind we are circumventing the code here.” “You feel dirty afterwards,” is how the Planning Commission Chairman, William Wiatt, described being part of the Oceanside Marina permitting process. The man in charge, then Planning Manager Joe Haberman, appeared to have no illusions about the County’s ability to defend itself against the developer’s hotshot lawyers: “They can argue that they can do it anyway even without the development agreement…”  “Ultimately the Board will have the final decision on it and … that’s at least comforting that staff’s not making the final decision on this one.”

So, what about that final say by the County Commission? After a 3-minute discussion, including the time it took to unanimously approve the development agreement — 79 separately rentable “lock-outs” and all, the developer was sent off laughing, all the way to the bank.

The Board of County Commissioners is now trying to weigh its options. The angry public wants an investigation. To make matters worse, developers of another similar project, Dolphin Marina on Little Torch Key, have also applied for a doubling of rental units through the use of “lock-outs.”

But a “lock-out” moratorium may be useless.  “Lock-outs” could already be a thing of the past. Last week the County’s Land Development Code update came into effect. The new name of the game is to be found in the revised definition of “dwelling unit.”  “Dwelling unit means one or more rooms physically arranged for occupancy by one residential household sharing common living, cooking, and toilet facilities.”

“Cooking facility” is an intriguing new requirement. The astute reader may have deduced that in a way “one or more rooms” which don’t have “cooking facilities” are no longer considered “dwelling units.” Why is this important? Because only “dwelling units” require the holy ROGOs, the unattainable building right allocations. Theoretically, under the new definition, as long as the blueprints don’t show a cooking facility, you should be able to build as many “non-dwelling units” as you like. [Will density even apply?] No reason why those “ROGO-less,” “kitchen-less,” “non-dwelling” units could not be used for “vacation rentals.” Since ROGOs are nearly impossible to obtain for Tier I parcels, can one now buy cheap Tier I waterfront property and build a “non-dwelling” “kitchen-less” house next to a “non-dwelling” “bathroom-less” house?

And of course, thanks to the amendment of the “dwelling unit” definition, Mr. Singh need no longer worry about finding ROGOs for his questionable “lock-outs”: as long as they have no kitchens they don’t need a ROGO anymore. The new definition of dwelling units does include hotel rooms, but here’s the catch: Mr. Singh would tell you that he did not really build a “hotel,” he built “attached single family units offered for vacation rental.”

Do we read too much into this code amendment? Perhaps. But who really believes that last week’s little twist appeared in the code by accident?

The County Commission agenda for this Wednesday’s meeting at Key West’s Harvey Government Center does not address, in any way, the legality of the Oceanside development agreement. The Commission is, apparently, planning to pretend that the creation of separately rentable “lock-outs” without separate ROGOs was lawful when they allowed Mr. Singh to double the number of his “non-hotel rooms” from 79 to 158.  And they will try to save face by adopting a “lock-out moratorium” to close down this “loophole.”

In the meantime, while hotel units multiply like amoeba, many property owners are still waiting for the right to build their one little dream house. The traffic is so backed up that one Blue Paper reader wrote us that it now takes her an hour to get to a grocery store. Locals have almost nowhere left to dock their boats and last week Stock Island residents, mostly working class people, learned that their sewer bill would nearly double to cover the costs of processing the by-products of all of the grand hotels that are popping up on the waterfront.

8 Responses to “A Time-Bomb in the County’s New Land Use Code?”